Sahayaam to not only be the support system of handicapped people but their path to a new life of financial independence, self-reliance, and equal opportunities. 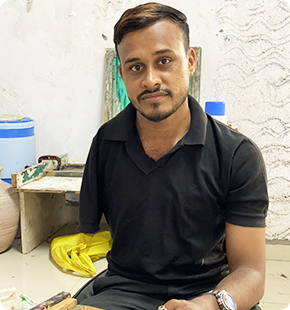 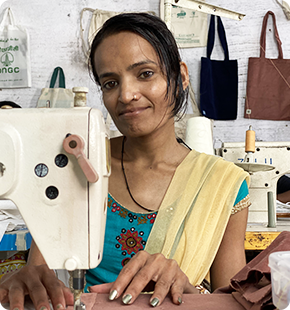 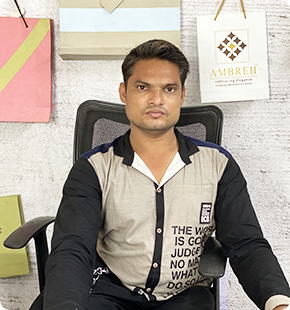 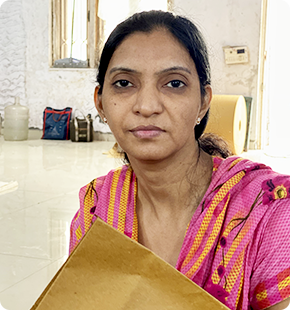 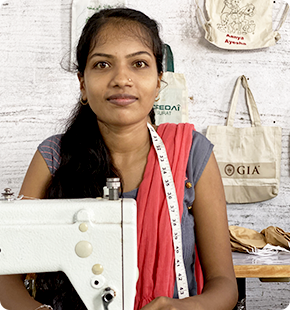 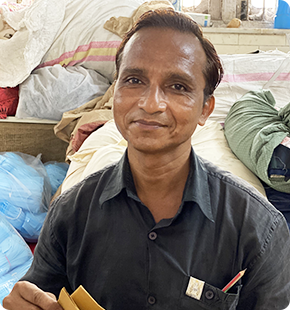 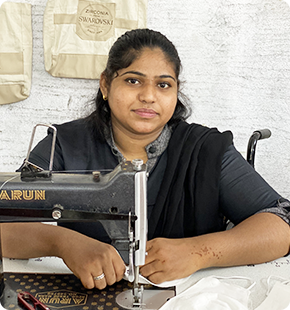 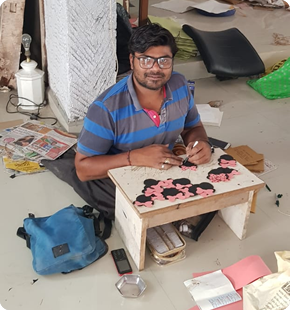 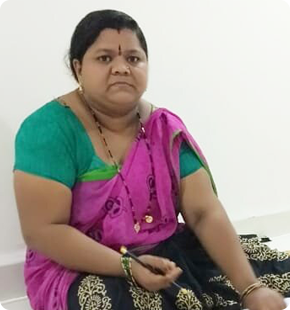 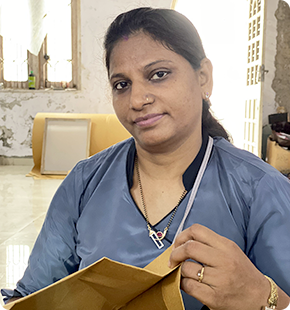 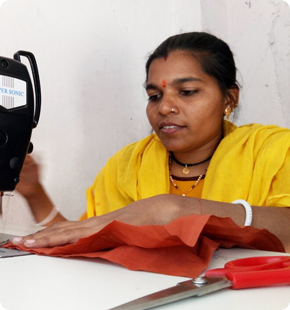 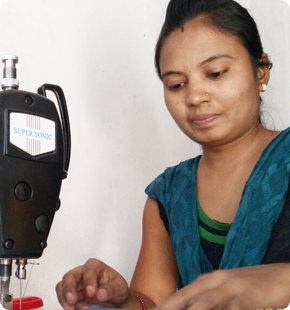 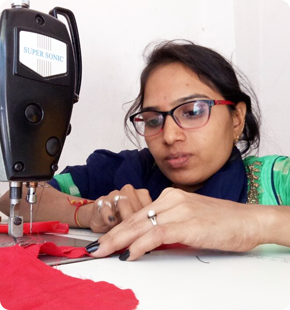 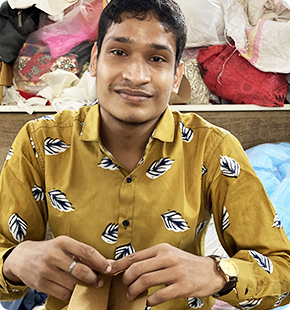 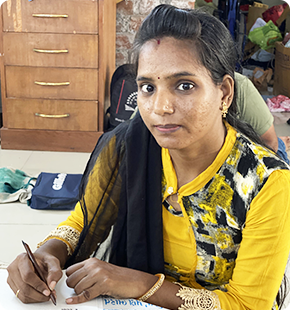 When Sahaayam was just a seed of thought, Amul came to the founder looking for employment. He was a godsend. It was then when the passion became deeper and the idea of Sahaayam took its flight. Amul is the key person at Sahaayam, looking after all the functions from operations to administration and marketing to finances are looked after by him. Though he has only two of his four limbs functioning, Amul is observant and quick. His dedication to work and contribution to Sahaayam is unparalleled.

After her father’s death, means became meager and survival, a tough task. Janvi joined Sahaayam during her family’s financial crisis. Belonging to Kutch, Janvi is a strong-headed and determined woman. Despite her 90% immobility, she came with one thought in her mind: to become independent. Unable to find housing and having difficulty living alone in a city, Pallavi approached Surat’s governor, Mr. Dhawal Patel. He generously helped Janvi’s situation and found her a home in the shelter for the homeless in the city. But this did not solve all of Janvi’s problems, lack of provision for handicapped on public transport, and expensive private transport made her commute to work difficult. Finding a solution to this problem, Sahaayam provided Janvi a sewing machine at her shelter house, allowing her to work from there, without having to go through the pains of traveling. Janvi’s efficiency in her work and her drive to become independent goes a long way to show that “where there is a will, there is a way”.

Rajesh has a crippled limb but you will be amazed to see how beautifully he embellishes every bag and product with his screen-printing art. Despite his inability to walk, he is a hardworking and a sedulous person.

Hasmukh’s immobility hasn’t confined him physically but has in fact made him a multitasker. Not only does he oversee the finance department but is also exceedingly well in intricate graphic designing. He designs all the logos flawlessly without learning any course in the computers

Rahima, 26 years old, has not been able to get married due to her physical inabilities and stereotypes prevailing in the society concerning disabled people. Sahayaam is her family and she has been relentlessly working hard ever since she joined.

Coming from Sohangadh, Stela, has been struggling with Thalesamia while being handicapped. She never let her physical disabilities get to her, working hard and independently is how she overcame her challenges. She stays in a shelter home and works for Sahayaam.

Awarded by the honorable President of India APJ Abdul Kalam, Jayeshbhai, has selflessly donated blood 102 times despite his physical disability. A true hero amongst us!

The diligence of Manish makes every piece of art at Sahaayam breath-taking. He is relentlessly working for 18 hours to repay the loan taken on the account of his mother’s death. His mastery over hastlekhan makes every card and invitation so beautiful and attractive.